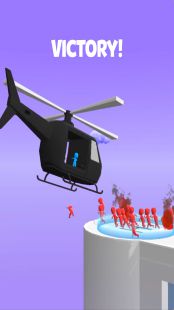 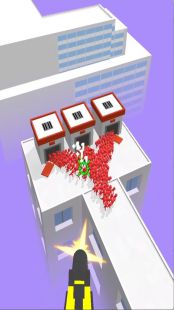 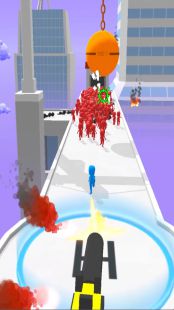 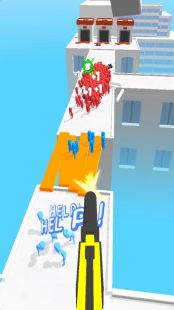 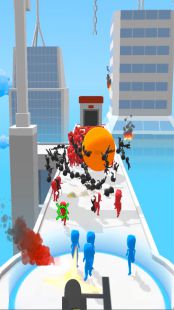 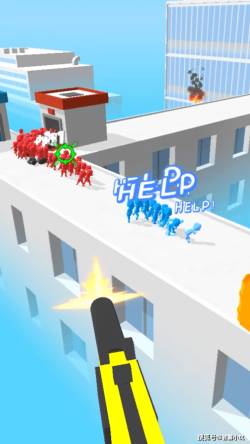 We've all seen films about zombies, haven't we all felt scared but entertained as we watch the protagonist break out from under the zombie siege? What would you do if you were caught in a zombie siege? Well, that's exactly what's happening when you're trying to save people from zombies in Z Escape! All you have to do is control the helicopter's machine gun and shoot the zombies that are chasing ordinary people to help them escape!

Z Escape is a zombie-based shooter where people wake up in a room and don't remember what they've done or who they are, and suddenly the space station alarm goes off and the people, who haven't had time to react, follow what would have been their escape, and suddenly they discover something terrible...

Z Escape's graphics use the most popular matchmaker look, with zombies and normal people differentiated by colour, ensuring that the graphics are not too gory due to the zombie theme and avoiding the scary scenes that some people want to play but are afraid of, making the game more suitable for most people. In addition to this, the player is attacked in a different way, not directly in the battlefield, but in a helicopter, controlling a machine gun to attack the zombies, the player's own safety is greatly protected, and can concentrate on shooting the zombies that are chasing people.