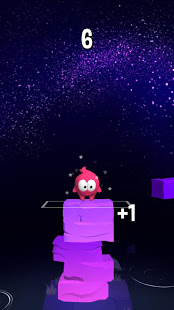 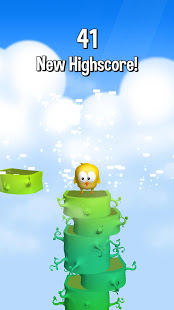 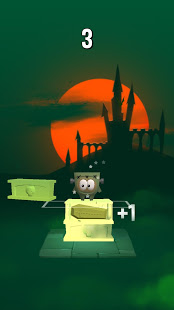 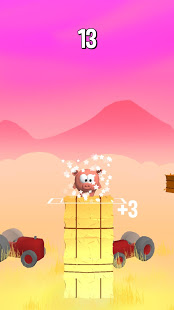 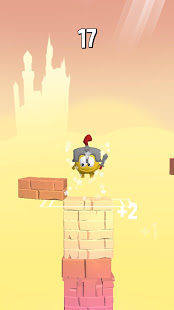 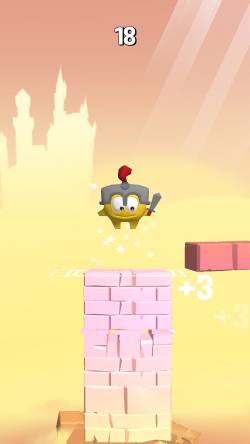 The game has simple 3D graphics and small programmed characters. In addition to the preset and unchangeable themes that the different game modes have, there are several different background themes that can be chosen with the characters (these themes also change the appearance of the squares). There are multiple characters/monsters that can be used for the game and the color changes for each game cube.

Some characters have their own background themes (for example, Frankenstein's monster character is set in a graveyard with a graveyard-themed block), but the background theme can still be changed...! How high can you climb? Jump up the stack blocks and build the biggest money-making tower!

Race against other players for first place! Tap to stop your car to avoid traffic jams and crashing... Otherwise you will fall behind. Jump quickly to the top of the stack as you build it. But beware, if you miss a jump then you'll fall all the way down!

Join us as a top player and you'll get another jumper to stack up the chips. Good luck!