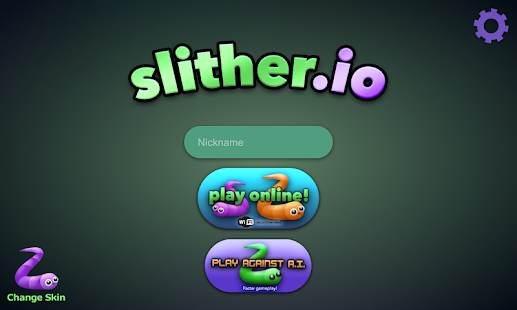 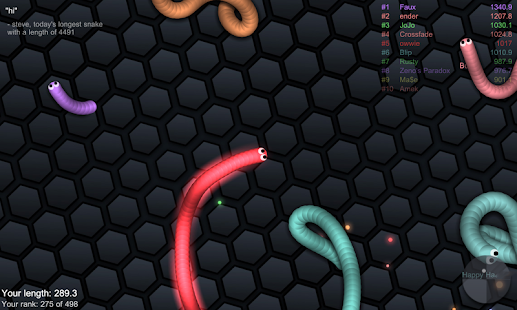 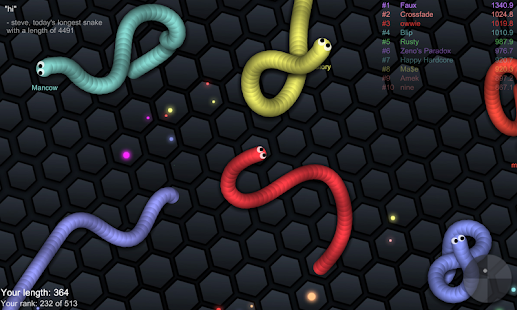 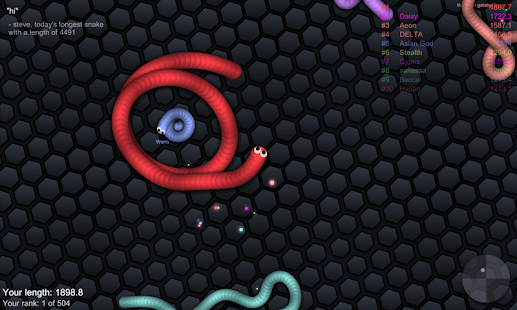 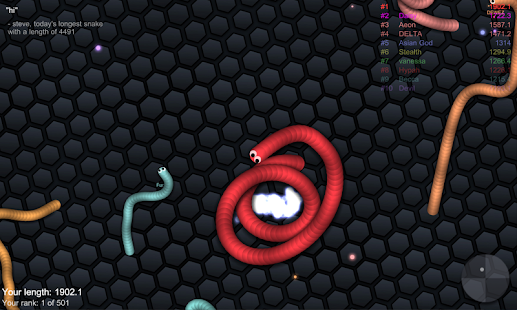 Slither.io is an addictive multiplayer snake game based on the classic game Snake.Snake You can play against other people online and compete to become the biggest snake!. The game will end when the head of your snake touches another snake. And on the contrary, you can continue the game when other snakes touch you.The game is all about eating out other snakes and become the biggest one. Slither.io is a game that the developer firstly released on March 30th in America. The craziest thing was that they did not plan to do any promotion or advertisement for it, but all of sudden, everyone was talking about the snake all over the world. As it becomes part of the popular activity for millions of people, the old server seems incapable of retaining a good condition of that game. Therefore the developer starts a journey of constantly optimizing the game code to make it smoother and more fun for every player. Gameplay Slither.io is one of the best examples of a theory - the simplest, the most addicting. The sole mission of any player is to collect colorful balls to help you grow longer. You will start off as a tiny little worm, and the more balls you collect, the larger you get. It's ok to touch your own tail, but you will blow up once you hit any other snake. Other players will try to kill you and take away your hard-earned balls, so be careful and alert when you are gaming. What's more, big snakes tend to pick up little ones to eat, so it's better to keep a distance from them when you are not powerful enough. Final thoughts With the simple concept, smooth graphics, and good gameplay, it's an excellent game for people to kill some time and fun. Despite its simple operation, it still manages to be a game with the whole package which means you'll die, explode, and then come back looking for revenge and more power.