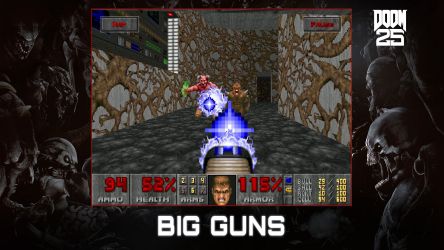 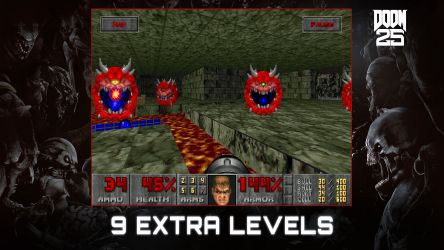 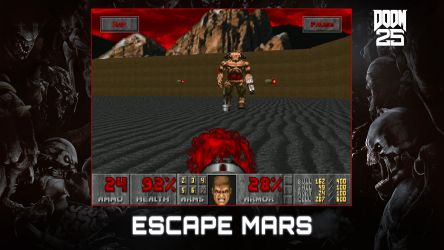 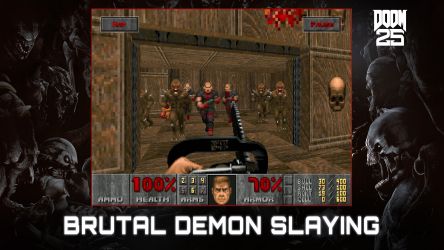 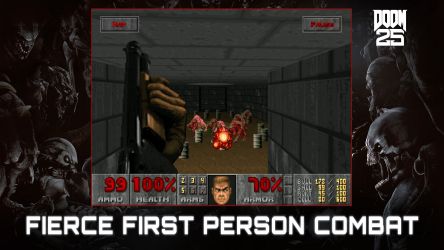 DooM, a first-person shooter video game series developed by id Software, is widely regarded as one of the pioneers of first-person shooters in the video game world. The series is based on an unnamed, cosmic soldier working at Union Aerospace Corporation (UAC), who fights monsters and zombies to survive. The game has features such as 3D graphics, realistic 3D spatiality, network multiplayer and allows players to create additional levels with Doom WAD.

Celebrate the 25th anniversary of DOOM with the re-release of the original DOOM (1993), including the expansion pack Thy Flesh Consumed, now available on iOS devices. first released in 1993, DOOM introduced millions of gamers to the fast-paced, thrilling devil-killing action for which the series is known.

No matter where you are, you can relive the birth of the first-person shooter and experience the classic demon-busting fun that popularized the genre.