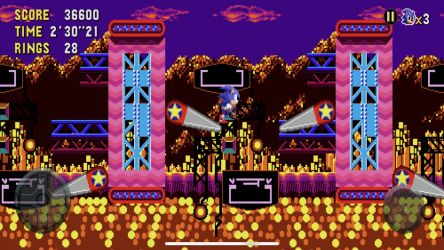 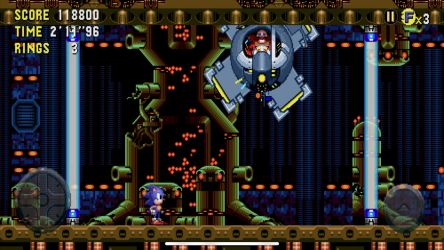 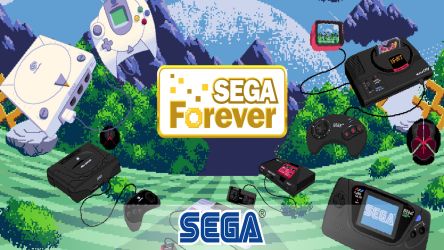 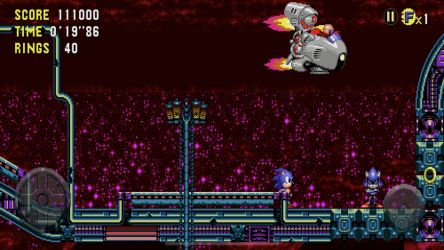 Sonic CD Classic is a crossover action game released by SEGA. The general plot of the game is that Sonic and Amy have come to a small planet with the intention of finding a mysterious lake that is said to appear only once a year, but they have accidentally discovered that the villain Dr. Egghead wants to use the power of time on the small planet and turn the place into his base, and has captured Amy. In order to rescue Amy and crush Dr. Eggman's plot, Sonic sets out on a quest to find the Time Gem. In his search for the Time Gems, Sonic will travel to seven different places and pass through many levels, where many dangers are hidden. The game is structured a bit like an old arcade game, so the graphics follow the same style as the arcade games, but with a little more detail.

The gameplay is simple, but the main feature of the game is the time travel system, where Sonic can find special items that can take him to the past or the future. During the travel process, the entire level may change, such as the enemies or obstacles encountered. If Sonic travels to the past, he may be able to find the enemy's birthplace and destroy it, then use the props to return to the future, which will reduce the number of enemies and make the level less difficult.