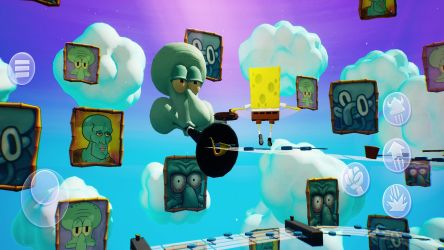 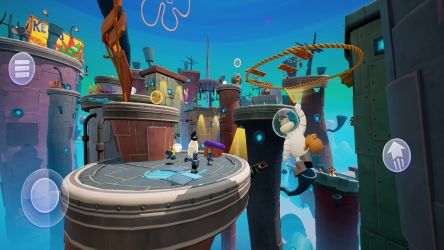 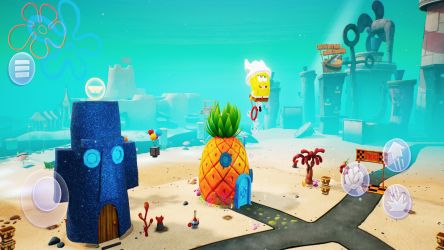 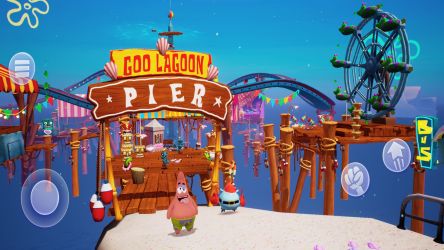 SpongeBob SquarePants: Battle for Bikini Bottom is a platform video game based on the Nickelodeon animated series SpongeBob SquarePants, developed by Heavy Iron Studios, AWE Games, and Vicarious Visions, and published by THQ. The game was released for the PlayStation 2, Xbox, and GameCube consoles as well as separate versions for Microsoft Windows and Game Boy Advance. While the versions released for consoles were 3D platform games, the Microsoft Windows version of the game is a mini-game compilation, and the Game Boy Advance received a 2D platformer version.

All versions of the game feature an original storyline, in which the player attempts to defend Bikini Bottom from an invasion of robots created by Plankton with a machine called the Duplicatotron 3000, playing as SpongeBob in all versions, as well as Patrick and Sandy in the console versions. The series' voice actors reprise their roles, with the exceptions of Clancy Brown as Mr. Krabs and Ernest Borgnine as Mermaid Man, with both roles instead being voiced by Joe Whyte. The game was released on October 31, 2003,in North America and in Europe on November 28, 2003.

Battle for Bikini Bottom received mixed or average reviews according to Metacritic. Edge included the Game Boy Advance version on its list for top handheld video games of the 21st century. It was a commercial success. The game has gained a cult following and a large speedrunning community presence.

A remake of the home console version, titled SpongeBob SquarePants: Battle for Bikini Bottom – Rehydrated, was released on June 23, 2020. It was developed by Purple Lamp Studios and published by THQ Nordic for Nintendo Switch, PlayStation 4, Xbox One, and Microsoft Windows. It includes a multiplayer mode and cut content from the original game.