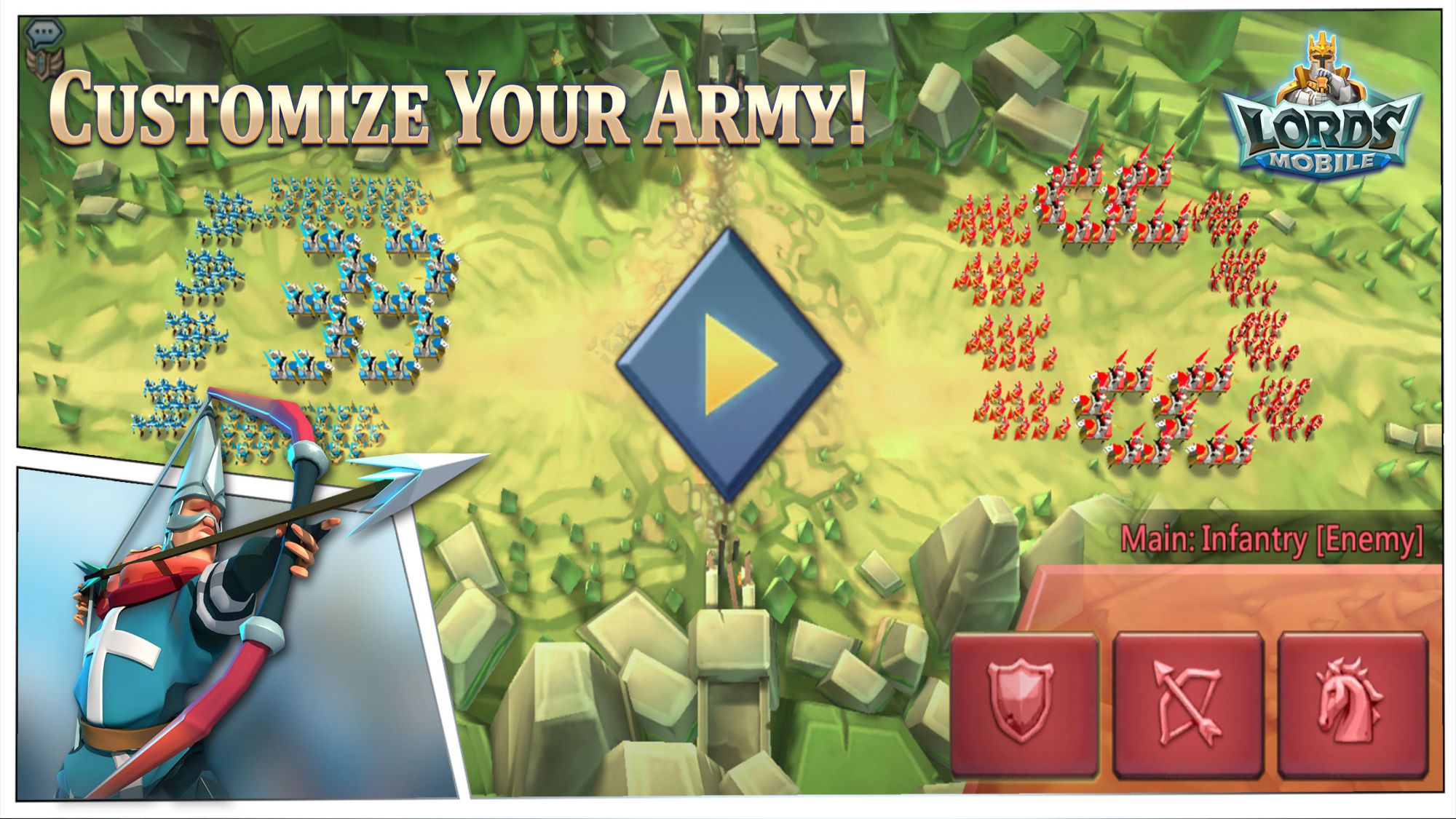 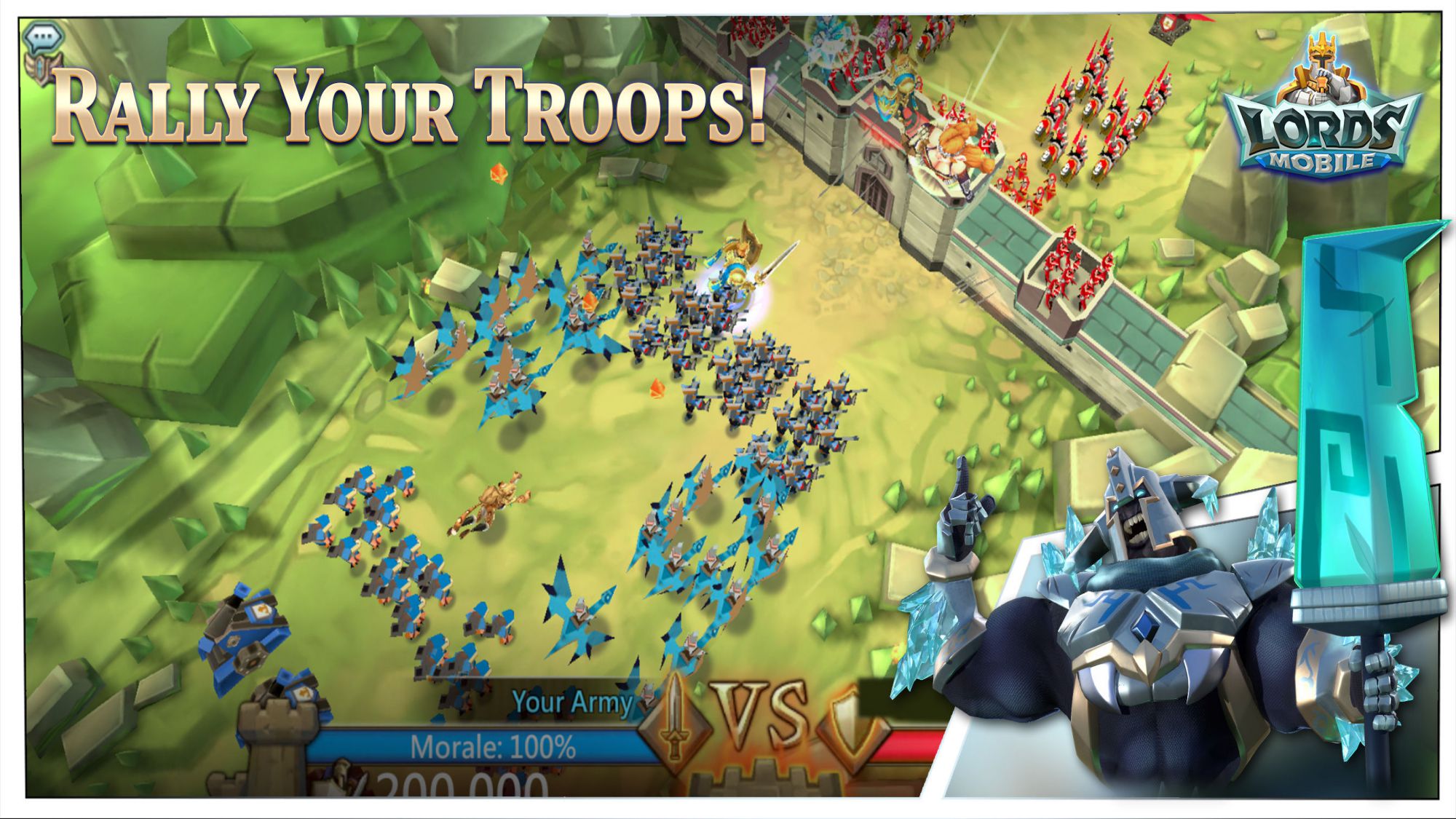 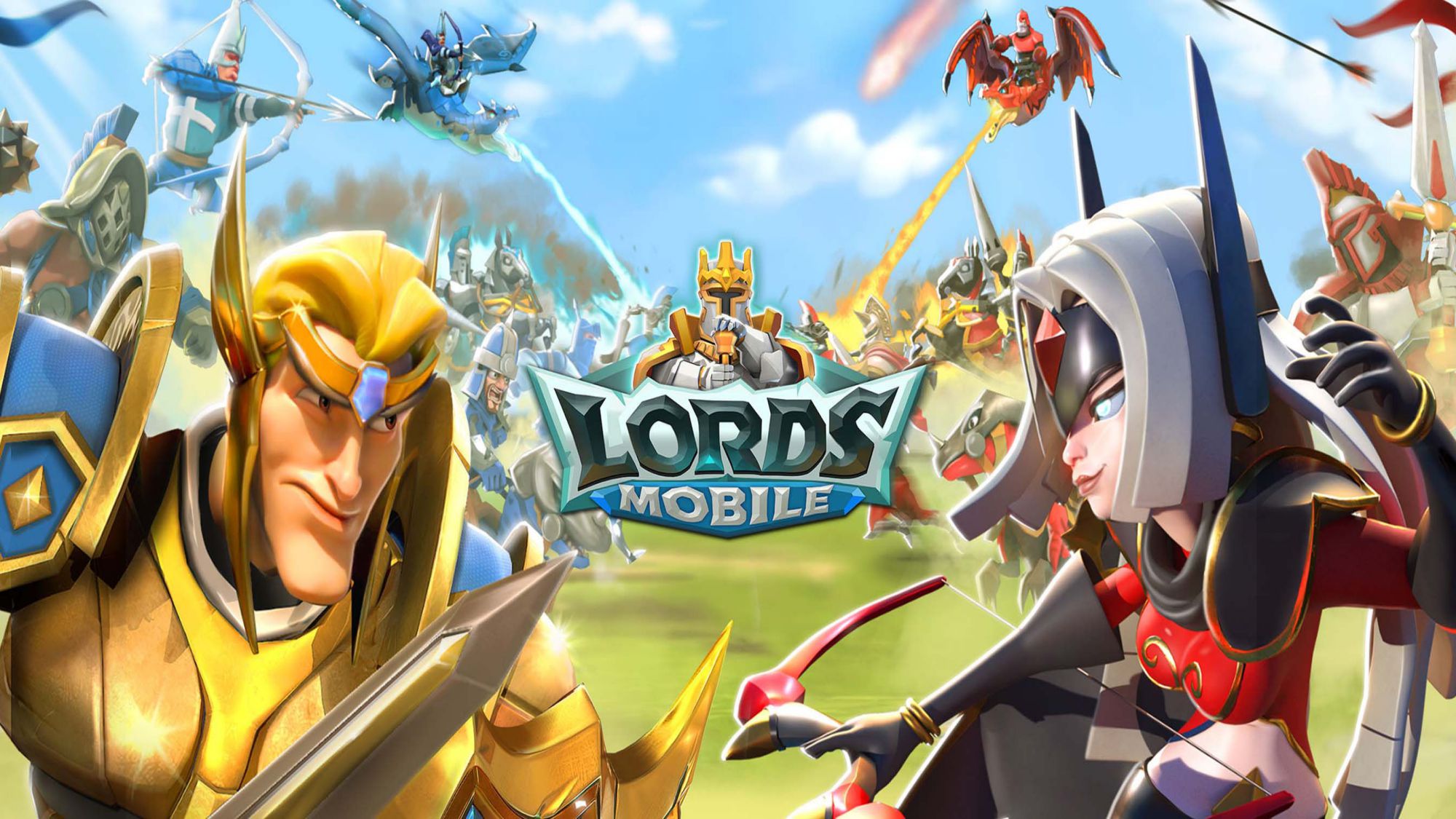 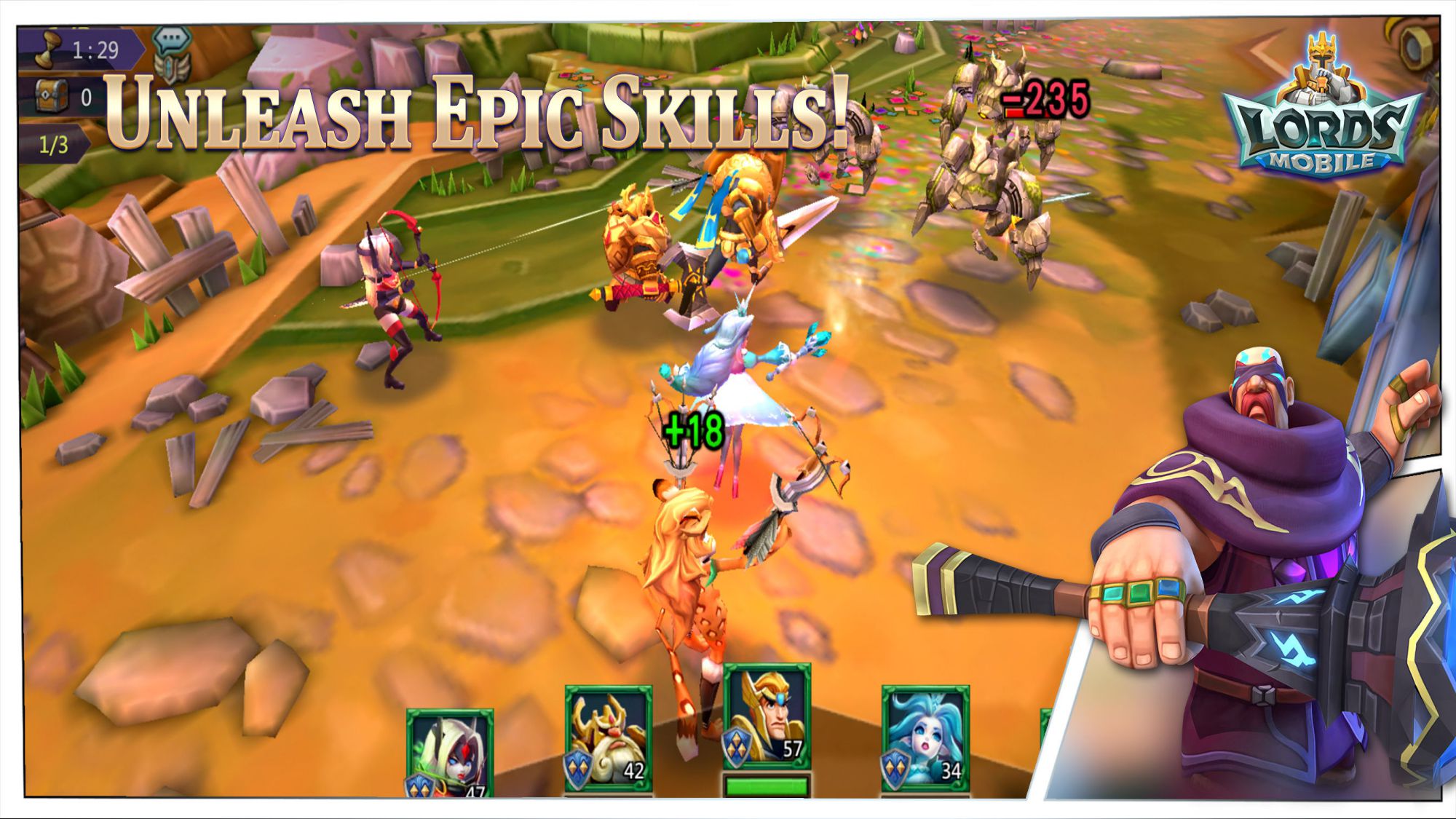 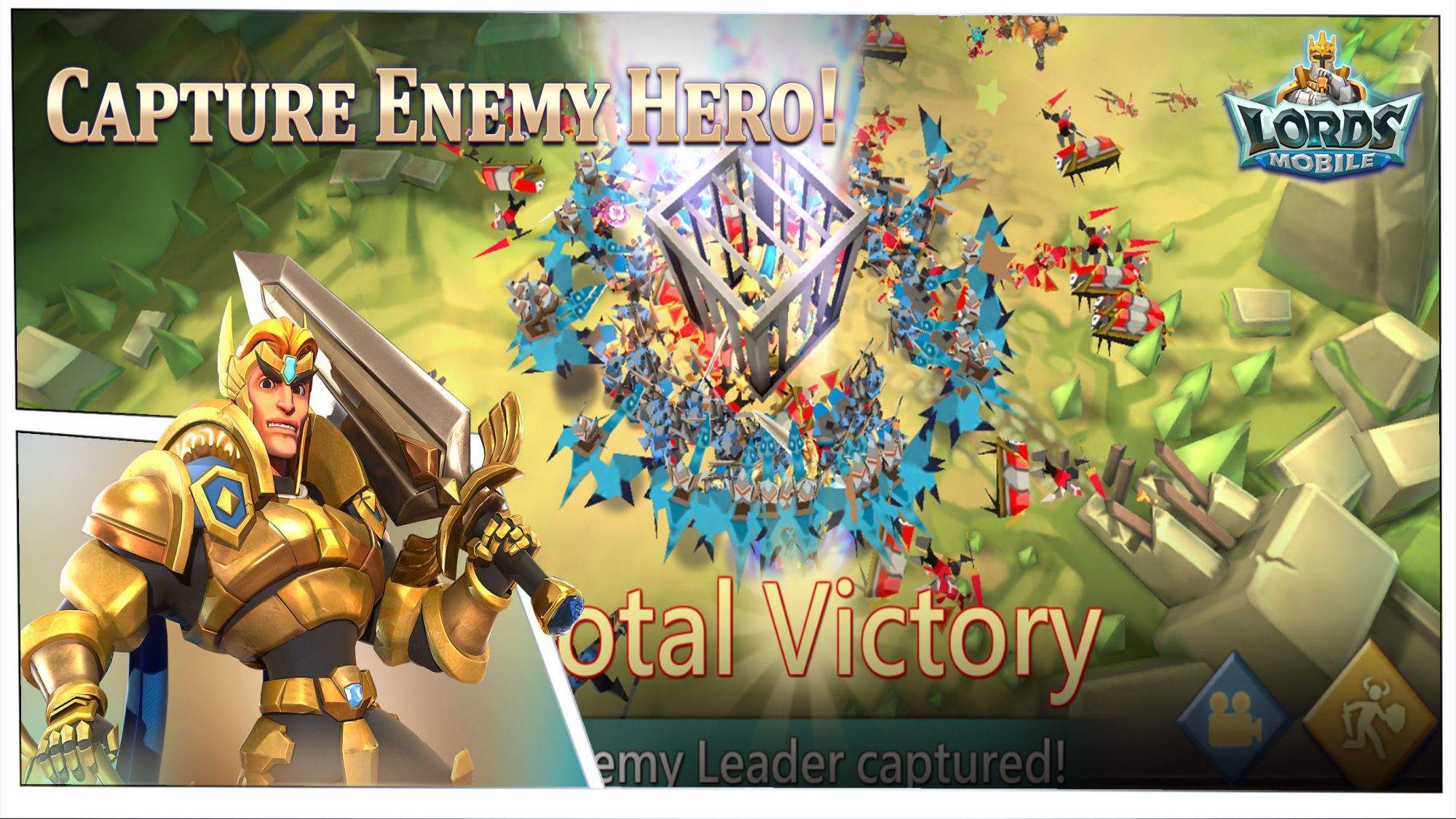 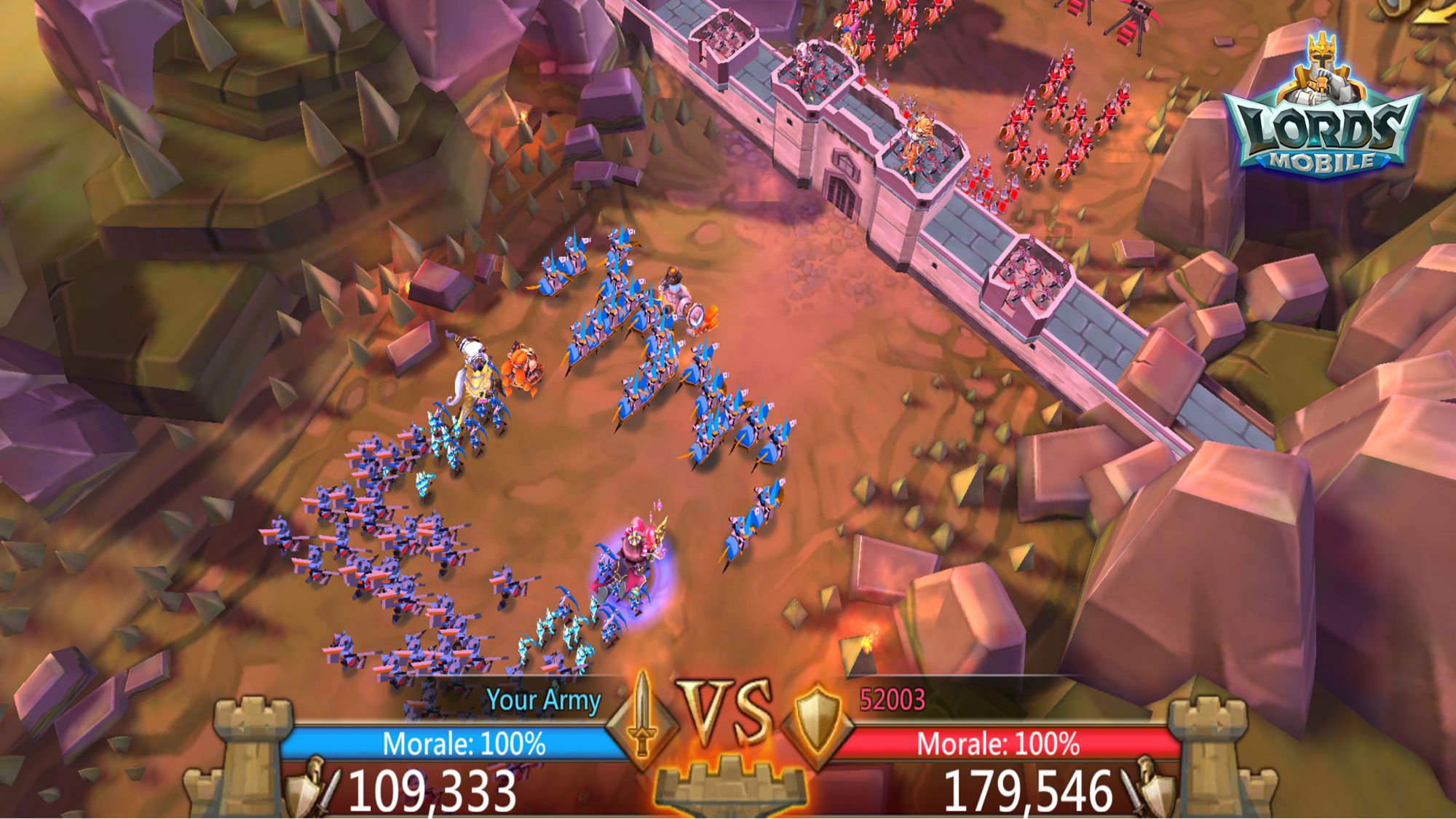 Lords Mobile: Kingdom Wars is a strategy game released by IGG.COM in March 2016. The game has an American style of graphics, with full 3D modelling that brings out the game's buildings, trees and even the characters' armies. Some may not like this style, but there is no denying that it is indeed more resource-efficient and durable compared to realistic material.

Lords Mobile: Kingdom Wars is about a fantasy world where the lords of various nations are trying to increase their nation's military power by recruiting troops and building castles in order to seize the throne of the king. Once you enter the game, you will become a lord in this fantasy world. You will need to recruit some great legendary heroes and train a powerful army as your capital to capture other cities, capture other kingdoms' generals and defeat all those who want to stand in your way, thus building a powerful empire of your own.

You can equip yourself with Imperial Equipment, which provides you with various bonuses, and these can be forged and upgraded by collecting the appropriate forging materials and going to the forge. However, it is important to note that the Togetherness equipment is only useful when the lord is on a campaign or defending a city, and that it can be set with gems and battle patterns to improve its combat properties. In addition to this, you can also equip your heroes with weapons and defences, which will also help to improve their attributes and thus increase the overall combat power of your kingdom.

Lords Mobile: Kingdom Wars is a fun game where you can train your troops, upgrade your heroes and lead your kingdom to prosperity and victory! Come and try it out!