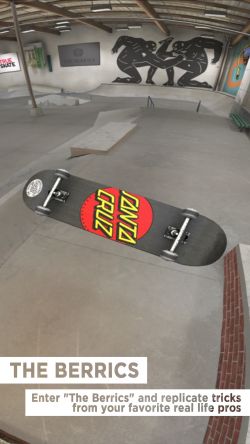 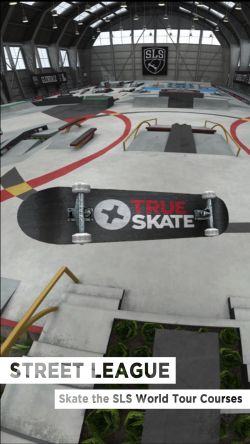 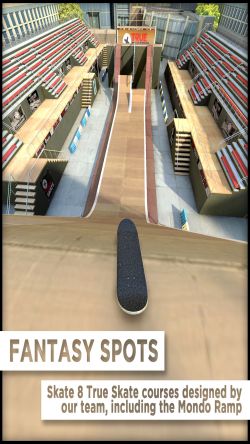 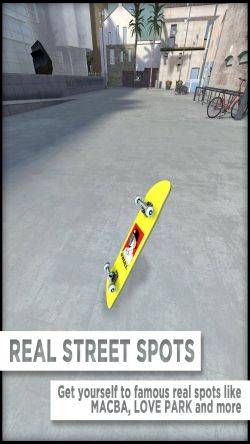 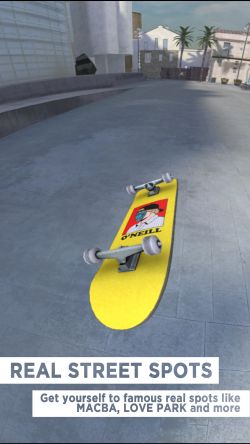 True Skate is a casual skateboarding game developed by True Axis in July 2013. The graphics are excellent, the game scenes are handled with great care in terms of detail, with 3D effects to give a very realistic feel, and the game is very easy to play, players can easily do a lot of extreme actions regarding skateboarding.

Skateboarding is an extreme sport inspired by surfing and has always been popular with those who love a challenge, and to keep up with the trend, many game companies have launched skateboarding related games. Usually skateboarding games involve the player stepping on a skateboard and performing a variety of challenging manoeuvres on different terrains, which can be difficult. But in True Skate, instead of a character on a skateboard, the game is played with two fingers, which makes it much more fun to use than other games in the genre and allows you to jump, spin and even kickflip with ease.

True Skate not only has realistic graphics, but it also has a lot of details, such as the wear and tear on the skateboard after use, or the need to push the skateboard with your fingers on the ground, which is very close to reality and gives the player a very realistic gaming experience. There is also a basic skateboard park with stairs, railings etc. where players can experience the fun of skateboarding and the feeling of achievement after completing difficult manoeuvres. In addition to this, you can also buy backpacks or change the colour of your skateboard's wheels. If you don't want to spend money on them, you can also unlock them by completing various skateboarding moves or by completing various tasks for rewards.