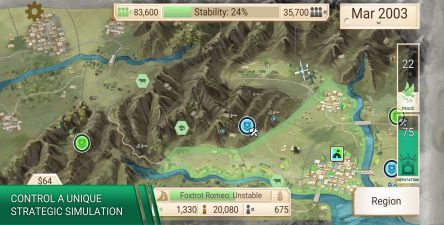 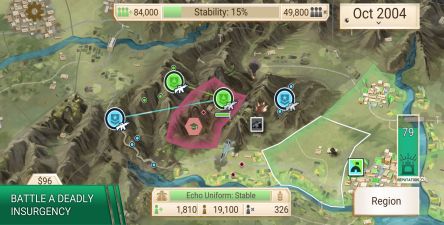 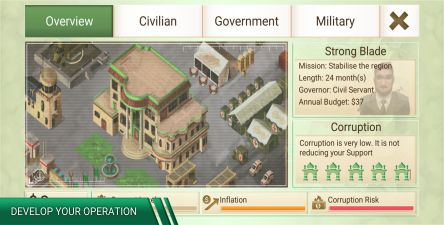 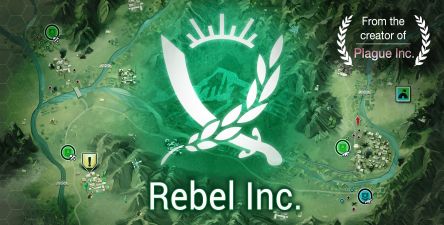 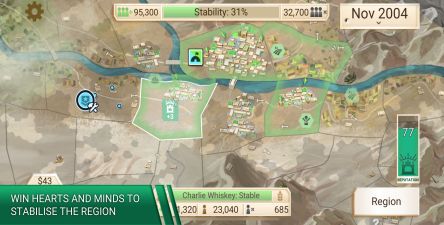 If there is a rebellion in the world you live in, what methods will you use to stop it from happening? For the sake of national peace and stability, you need to develop ways to balance military and civilian priorities so you can win the hearts and minds of the people! Do you want to grow up in such an environment?Rebel Inc. is a casual simulation game developed by Ndemic Creations, in which players play the role of a hero ---- rebellion remediation company's executive director. That is, the need to go to fix the country's security!

Although the terrible war has ended, but the dark forces contained in it has not been eliminated, it has just begun, you have just taken over a government, and this government is just starting, all the big and small things need you to deal with, in addition, you need to coordinate the various departments and enhance their development, and you need to put down those hidden dark forces - the rebels! You will be able to achieve your goal by gaining the popularity of the people!

① The game is highly playable, with 9 carefully constructed areas to be stabilized by the player

Rebel Inc. is a political / military strategy simulation game, from which you can get a lot of interesting background story

④ Each governor has a very different ability; each one has its own characteristics

Rebel Inc. is a military strategy game worth playing, both for its detail and for its richness that will get you hooked fast! If you like games that are a bit cerebral, then you must try it!